To see some examples of my custom quilting please scroll to the very bottom of this page. The majority of these are customer quilts who requested full custom quilting.

Please feel free to contact me with any questions you may have regarding having one of your quilts either freehand or custom quilted. crazycreekcreations@shaw.ca or call me at (403) 278-8854

We have now finished our 2014 charity quilt.  Many of you already know that my two friends Elizabeth, Betty and I make a charity quilt each year and have been doing so since 2003 when we all actually worked together for the same company in downtown Calgary.

Even though none of us now work together we have decided to still keep up our tradition of making a charity quilt.  Each year one of us chooses the quilt pattern and the charity the quilt will go to.  2014 was Elizabeth's turn.  She not only chose the pattern but designed it as well and called it "Chinook Stars". One talented lady our Elizabeth. 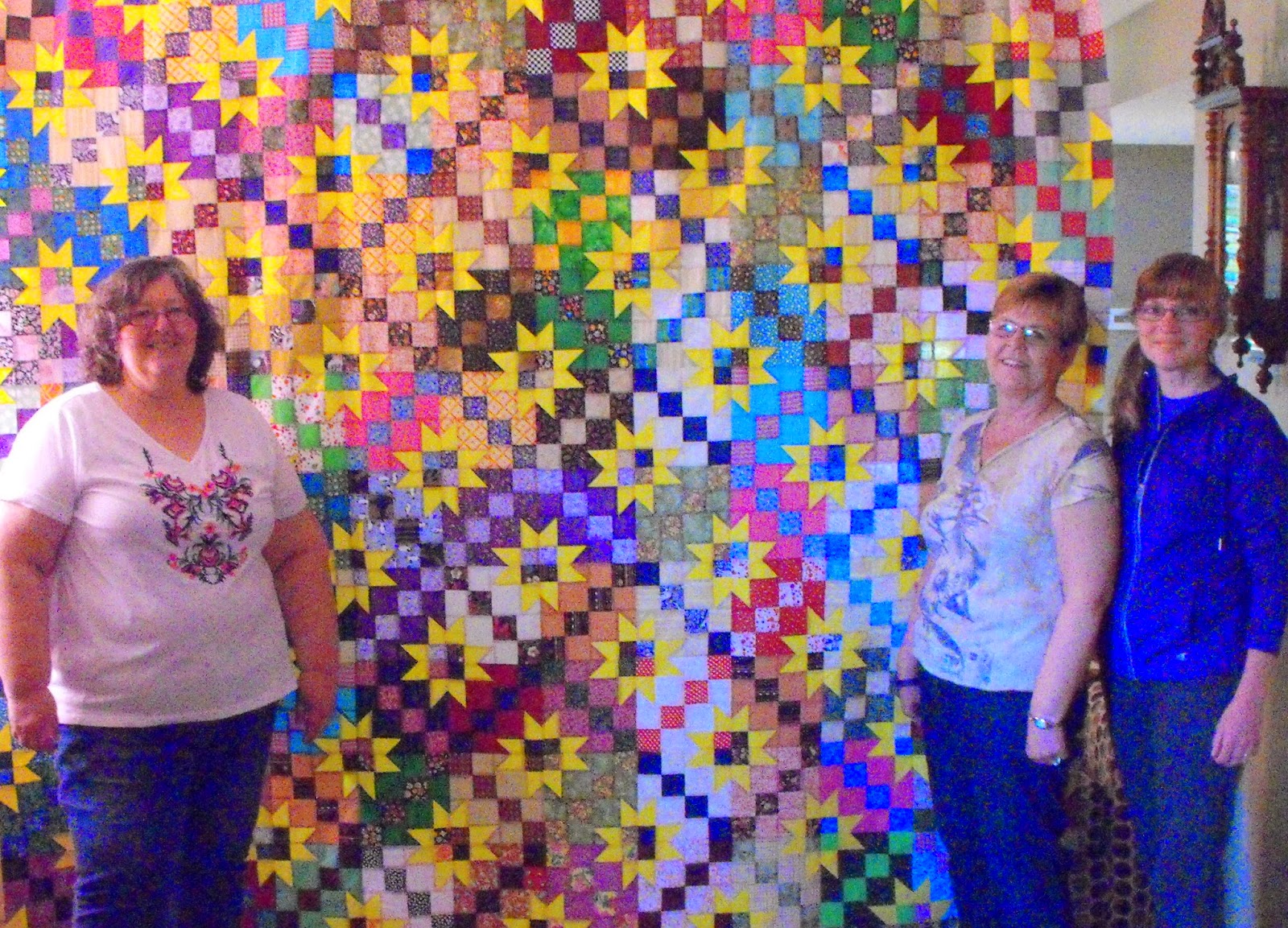 This first photo was taken just after we finished piecing it all together.  We each make a third of the blocks and then get together to assemble the quilt. 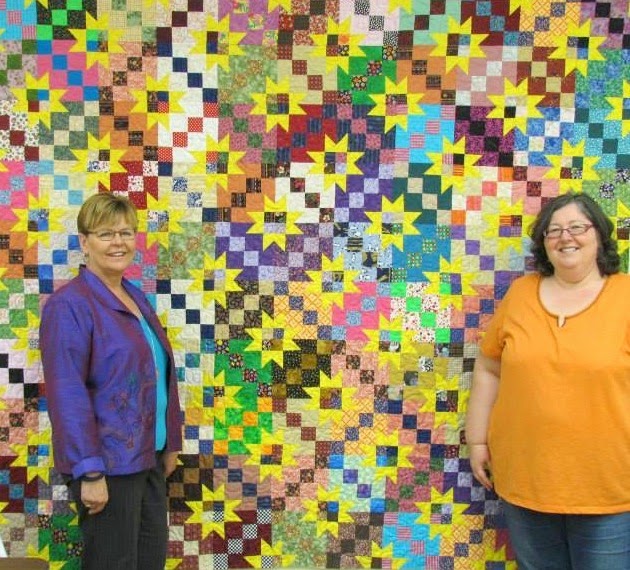 This photo was taken at our guild meeting which both Elizabeth and I belong.  As well the final photo shows how I did the quilting.  We're all very happy with the way it turned out and have no doubt someone is going to absolutely love it. 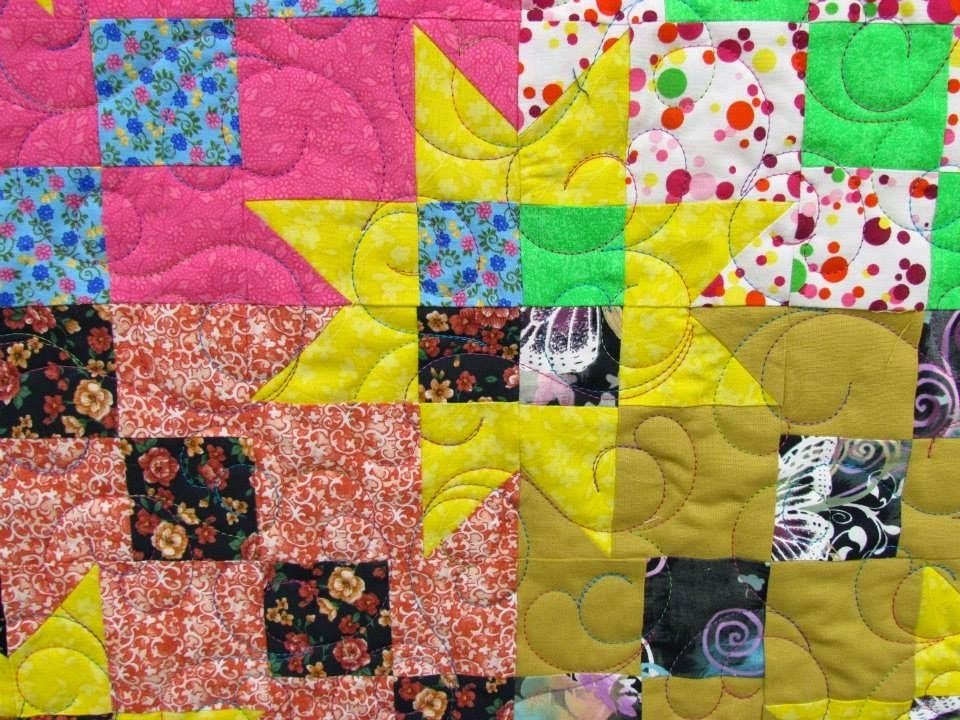 Hi Everyone - thanks for stopping in for a visit. I have always enjoyed sharing my projects and chatting about quilting in general with anyone who has an interest in quilting or is just willing to listen - just ask some of my friends.

For those of you who may be in need of a machine quilter to finish off those quilt tops you have spent so much time making that are just laying around - we may just be a perfect fit!

For a copy of my current quilting brochure outlining types of quilting, preparation and pricing just click on the link at the top "open brochure" and it will take you directly to my brochure.Please do not hesitate to contact me should you have any additional questions. You can e-mail me at crazycreekcreations@shaw.ca or call (403) 278-8854.

Also if you look into my archived files you can get a peek at some of my quilting - Thanks a lot! 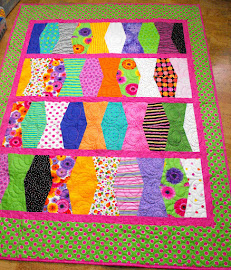 This is another Victoria Quilt - we make quilts for people struggling with cancer. No cost to the person requesting the quilt or the recipient. I always have kits here at the studio for anyone wanting to put a top together. Just piece the top and bring it back and weI'll do the rest.

Crazy Creek Creations
Calgary, Alberta, Canada
My name is Nancy and I'm the owner of Crazy Creek Creations (long arm quilting) here in Calgary Alberta Canada. I have been sewing most of my life and started quilting about 15 years ago. For the past 8 years I have been enjoying long arm quilting for others as well as myself. I also enjoy all the other aspects of the quilting process and love to make cozy quilts for family and friends. My husband Rick is one of my biggest supporters and has provided me with a lovely studio to work in and is always there when needed - thanks hon!